Ponsonby Primary school was originally established in 1873.  The school was developed after a meeting of householders.  Dedwood District, Church Street School was its first name.  It was originally in the rented church hall. In 1876, ¾ of an acre was bought for the new school.  In 1879 the school designed by Edward Mahoney opened and was leading edge architecture with its big open air well ventilated classrooms.  The school outgrew itself and by 1898 the school was also part of the existing Church Street School.  The district was named in 1881 Ponsonby and due to overcrowding a new school was built in Curran Street.  Curran Street School was built in 1921 and the pupils first attended in 1922 with Mr Hill as the first Principal of the newly sited 2 large block building.

In the first two years of Church Street only boys attended. The principal was Mr J Addy September 1873 –  November 18.  The teacher Mr Carr and junior mistress Catherine Mary Lloyd joined within two years.  The school had an initial roll of 74 local boys when it started and 100 girls joined in 1876.

By February 1881 the roll was bulging with 440 students. The roll by 1900 reached 832 which was 72 students beyond capacity.  No playgrounds and overcrowding was accepted.

There is some discrepancy in the documents around school roll and site.  This statement for example from NZ Electronic Text Centre differs to the school centenary booklet and Urban Village book data and as such provides another perspective.

‘Ponsonby Public School was established in 1878 (this is incorrect it was originally established 1873 with Mr Addy.  Mr Bailey was the 2nd principal), and was carried on in the Ponsonby Hall, near the Three Lamps. Mr. Benjamin Bailey was the headmaster and he started with a roll of about fifty scholars. In 1880 the present main building was erected in Church Street. This building contains seven class-rooms, and is surrounded by a spacious playground. The Infants’ school is situated on the opposite side of the road, and contains four class-rooms. Mr. Bailey conducted the school for twenty years, and held a first-class record. The number of scholars on the roll (1900) is 700, with an average attendance of 620. The teaching staff consists of the headmaster and fourteen assistants’. 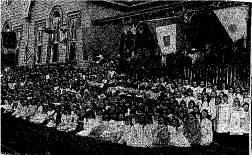 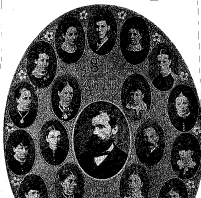 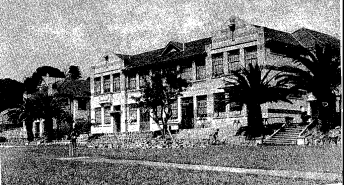 In 2011 the school was sent a compiled list of all the headmasters by Keith Bartlett, an ex pupil. This chronological record takes the school up until 1963.

There is a mismatch of information then, up until 1883, when Mr Ready became principal. Then the first female principal, Mrs Anne Malcolm arrived in 1997 and stepped down from the Principalship in 2019 and has taken a role with ERO. Sanjay Rama took over the School Principal role in 2020.

The records describing the move to Curran Street are priceless (Urban Village p.126). The children carried their desks down Curran Street from Ponsonby Terrace. The column of children reached from Three Lamps all the way down to the school. 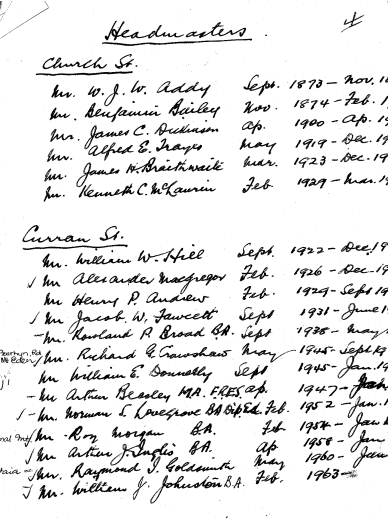 Mr Fawcett was the principal in 1931 when Curran Street changed its name to Ponsonby Primary School.  The Pegasus symbol and motto Steadfast and True have not changed throughout the school’s history (this according to 95 year old past pupil -oldest pupil at the 125 jubilee in 1998).

The 2 large blocks housed over 600 children in the 30s.  There is no record of when the junior block was demolished but the pool was fundraised for in the late 50s and put where the old building.  What is known as the roll fell during the depression years and again in the 70s.

Mr Patterson a local architect was the main person who drove saving the remaining 1921 building in the late 80s.

The 1921 building that was saved through the dedication of a group of parents led by architect John Hill.

Since 1997, the original school building has been modified and a junior block added. The administration and staffroom areas were moved to create two extra teaching spaces. A library was added to the site in 1999. A school hall/gymnasium built in 2000. An ICT suite added in 2005. There is a new resource room as well as a new classroom block to be built in the junior area.

The school pool has been fully refurbished and is now heated which provides greater usage over the year. A new food technology room was completed by the end of 2008. The buildings are all network cabled and have full wireless capability. The present focus is to develop info technological capability and the trial for ‘Bring your own device’, was started in 2012. 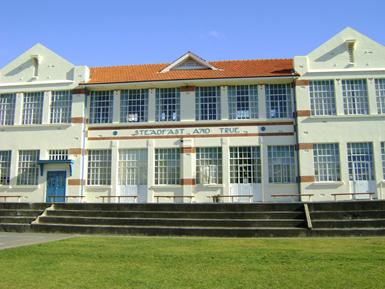